I didn’t have any problems sleeping when I was younger.  During elementary school, and even middle school, I generally slept through the night, and had dreams only intermittently.  I didn’t start being all sleep-crazy until I started high school. Thank you, hormones.

There was one recurring dream that I can recall from elementary school. I was at the mall, walking down a hallway, by myself.  I hear people shrieking and know that there is a dragon around the corner.  I run to hide, and end up crouching behind a drinking fountain, located in the middle of the hallway.  I peek my head around the edge of the fountain, see the dragon coming down the hallway, in my direction, and quickly swivel my head back around, hoping it doesn’t see me.  It never noticed me, so I thought I would be ok, provided I remain behind the fountain.  It was slightly unnerving while experiencing it, but I do not remember being all that scared about it when I woke up.

As my early years were relatively dream-free, and thus, fatigue-free, I wasn’t always A Morning Grouch.  But, as with all things, there was a day that I recollect as an exception.

The couple who lived next door to us, used to babysit me before school. They had a son my age, and we would   play together often.  I don’t remember too much about the mom, except that she made really, really good chicken curry.  I still think about how good her chicken curry was.  (Sorry mom, for not eating the chicken curry you made me after you found out I liked hers.  I appreciate the effort.  It just wasn’t the same.  Not at all.)  My parents would drop me off next door when they left for work;  I was often carried over, in my pajamas, eyes full of sleep.  I would eat breakfast, get dressed, and hop on the bus from their house.

One winter morning I got dressed, put on my super awesome, bulky, navy blue snow pants, and wrapped a scarf around my neck.  I was very bundled up.  I’m not really sure why I even wore snow pants to school. How dorky?  I mean, I just got on the bus and then walked into the school.  It’s not like I was snowshoeing across the Arctic, through the tundra.  Perhaps they were essential for recess shenanigans.

Anyway, I got to my locker, unwrapped the scarf and slid it on it’s hook, shoved my coat inside.  I went to remove my snow pants…and….uh oh!  I realized I forgot to put on REAL pants underneath!  HOW DO YOU FORGET TO PUT ON PANTS??  There may have been a moment of sweaty panic.

Note:  I know this might sound like a dream/nightmare where you show up to school naked.  But this is for real.  I swear.  (Sidebar:  See husband?  I have always been a little forgetful, even about pesky little things, like pants.  Just an FYI that I will never remember to put the pruning shears away when done, open the window when taking a shower, close the cupboard doors after stacking dishes, and turning off the lights after I leave a room.  At least never all of them, consistently.  Might as well just let it go).

After the brief cortisol surge, I think to myself, “I’ve got this”.  Apparently I used to have an inordinate amount of confidence.  The entire day goes by, and I lie, unconvincingly I’m sure, about just feeling like wearing my snow pants that day.  Uh huh.  You could hear me going to reading….swish…swish…swish, you could hear me going to math…swish…swish…swish…and to recess (which I was super excited about, as it was the only time when swishing was an appropriate noise for your pants to make, and I wasn’t the only odd duck wearing them).

I wasn’t yet at the point yet where I drowned my sorrows in red wine,  so I’m really not sure what I did to relieve the stress from that day. 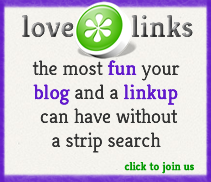 My Tweets
Join 2,138 other followers